Kingdom has been committed to building better communities for the cities they choose to invest in, and providing better life experiences for the families who decide to make Kingdom their home.

While contributing to our community, we also build a better world. We dedicate ourselves to becoming a sustainable
international real estate developer. Kingdom is striving to achieve by continuously introducing advanced technologies
and collecting worldwide brilliant design ideas. From saving energy, reducing emissions to protecting the environment,
we committed to realizing the corporate’s most essential vision.

The Four Pillars
of Kingdom

The people who choose Kingdom want more than a comfortable home to live in. That’s why we create welcoming communities in neighbourhoods nearparks, schools, entertainment and transit.

We set the highest standards for our company and our employees. We hire the best and we train them to achieve even higher goals year after year.

Our goal is to be recognized as one of the top builders in the Canadian real estate development industry.

The deeper needs of our customers are what drive our company. We aren’t just hereto build great condominiums, we’re here to make their lives better too.

We are an international company with a commitment to sustainable construction and bringing a healthy lifestyle to every building and every community we are a part of.

For 2019 – Kingdom comes to Markham, with the announcement of a major new condominium community of almost 2,000 units

In Toronto, Kingdom launches its flagship condominium project, the two towers of K Square at Kennedy and HWY. 401

The 13 townhomes of garden city are launched in Richmond BC 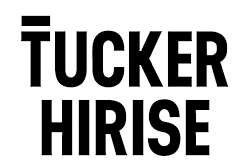 Kingdom commits to transforming and developing a better city for every community, and to providing a privileged life experience for those families who trust Kingdom as a reliable premise developer. As a reliable premise developer, we put the premised quality of the building as first priority. The quality is not only important to the safety of residents’ lives and property but also related to the future and coherence of urban development and different culture intercourse. Kingdom aims to
ensure using sustainable materials and energy saving materials for construction, and to strict quality inspections and transparent information
flow between operation and management during the project period.